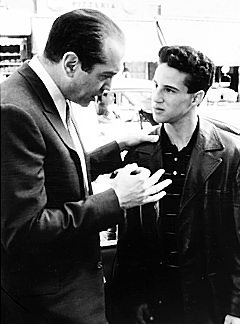 Which is better, lucky or smart?

I've often wondered how I'd fare in a war, and which would be better - lucky or smart. Maybe they're equal, or maybe neither matter at all. Might just be time and chance any way you slice it.

Seems like being lucky, would have you pushing the edge more than you might otherwise, and you'd wind up getting burned. On the other hand, there's more than a few very smart folks in prison who thought they were smarter than everyone else, so there's that pitfall.

I guess you could look at lucky vs. smart through the lottery lens: those winners are by definition lucky, but as I understand it, lots of 'em don't wind up any better than they were before. So all that luck's not worth much, without having the smarts to know what to do with your winnings. And a certain level of smarts can probably get you earning the same monthly income that lotto winners get, or pretty close, so I'd think the financial advantage would go to the smart.

In war, where the reward is not dying, luck vs. smarts might be a wash either way. I had a teacher in highschool who told us that when he and his buddies were getting drafted for 'Nam, a few of 'em thought they'd fail the entrance test so badly that they'd be deemed unworthy for the military and save their hides that way. My teacher wasn't quite so sure of this plan, and did his best on the exam. They got sent to the front lines as cannon-fodder, and he got enrolled in an officer program and never went any farther than a few hours away to Parris Island as an instructor.

I guess being lucky would be pretty awesome, but minus the wherewithal to know what to do with it, luck might not count for much when it's all said and done. I don't know - I'm trying to find evidence of where being lucky would be better than being smart, but I don't have a whole lot at this point.