The Apple Doesn't Fall Far From the Tree 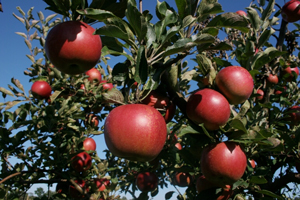 For the 3 or 4 folks out there who read this site, sorry I haven't updated in awhile. I have a couple half-posts written, but can't seem to eek 'em out. So I'll throw something out I've been kicking around lately:

I'm beginning to theorize that by the time you're in your late 20s to to early 30s, you'll pretty much be just like your parents. The prevailing thought is that people are blank slates, or nearly so, and if given the right schooling and friends etc., they'll grow up to be President or astronauts or whatever they want. I submit that rather than being a piece of clay that's molded by life early on, people are more like plastic, that might bend in early life, but eventually return back to natural form.

This would mean that nature plays a larger part in a person than we might think, or want to admit. All I've got is anecdotal evidence - the folks around me that I know, who basically would up like their parents. Plenty of friends and family are even working with their parents, or doing the same job their parents do. Might be a matter of convenience in that they were just around it and it was there for them when nothing else cropped up, but a lot of folks I know had plenty of feet in other avenues and careers in life, only to eventually move to their parents' field of work. Gives a bit of creedence to the tradition of doing what your parents do.

I'm not saying people are incapable of changing, I'm just saying it's damn hard. It's probably more likely that a person's not gonna be that different from their folks - even if they've never really been around them.

The problem with this line of thinking is that it has awful consequences. You wind up aristoracy and "correct bloodlines", eugenics, social darwinism, and the lot. But I can't help seeing what I see, and connecting the dots. If I'm full of crap, hit me in the comments. One good thing about being right on this one is that it'd give you a huge leg up on life. At this point in America, a person has tons of choices of who to be and what to do - knowing that you'll be pretty much like your folks narrows the field a good bit, and might save you from going down a path in life that's at odds with who you'll wind up being. If I had known I'd wind up like my dad and wanna live in the country with a decent piece of land and be left alone, I'd have called my shots a little differently.

I'm tired and The Mentalist is on. Buenos nachos.