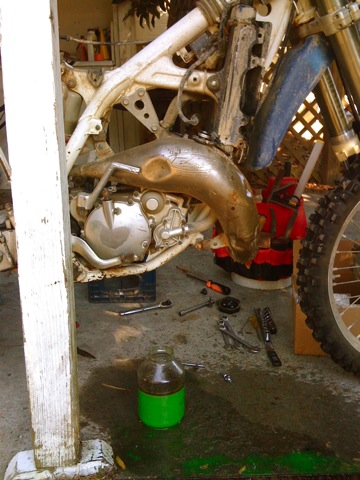 Today I rebuilt the top-end of my 1996 YZ-125. Compresssion got awful and it wouldn't even run unless I held the throttle damn near wide open. I thought I was gonna have to ditch it in the woods at Wambaw a year ago. So today I yanked it all apart, and took a few pics while doing it so I figured I'd write it up while it was fresh in my head.

You pretty much have to take the entire bike apart to get at the cylinder head, so I started by pulling all the plastic off, then the air filter box, then the carb, then draining the radiator and disconnecting the hoses near the motor. The combination of old stale premix fuel, and the antifreeze made a neat looking cocktail in the jar. 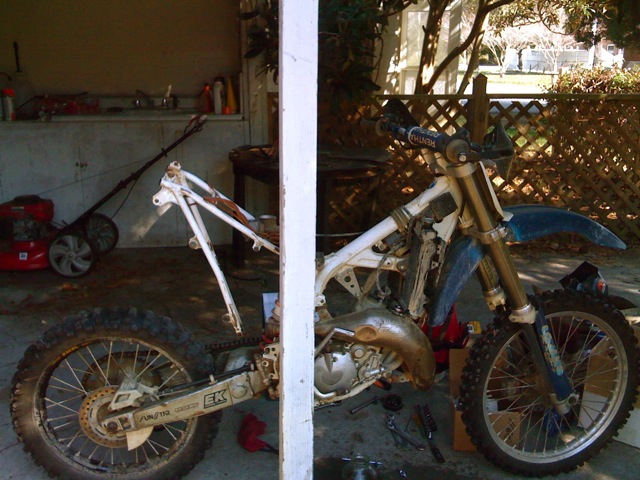 Here's the bike pretty much stripped down, minus the expansion chamber, which still had to come off. Tip: keep the screws for each thing you take off with the thing, so you won't be left scratching your head when it comes time to put it all back together. 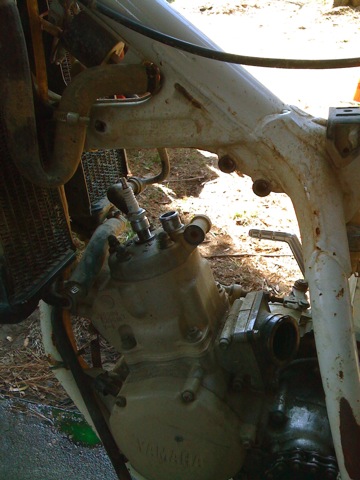 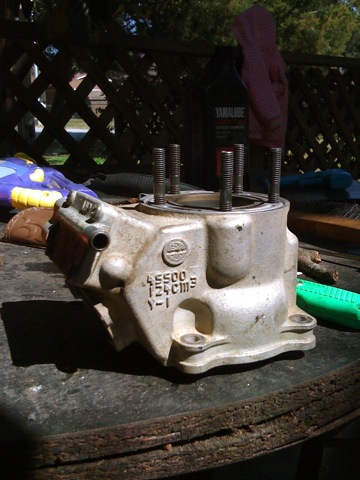 Here's the cylinder, cleaned up a little. I usually like to clean all the parts that come off. The poor man's parts washer is a can of brake cleaner and a shot of compressed air. 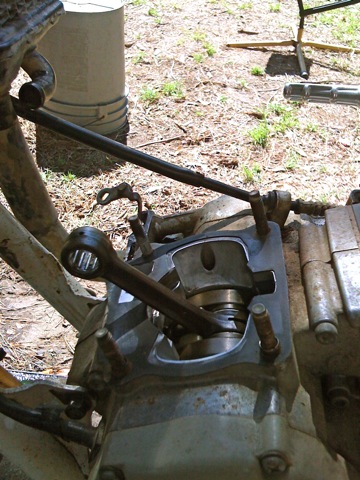 The cylinder was kind of a bitch to get off, but a few persuasive taps with a rubber mallet softened it up. 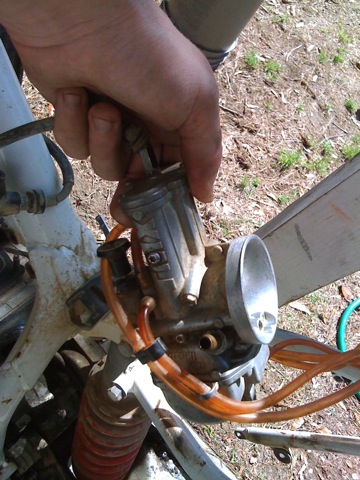 Here's the carb. It's a carb. Not much to see. Great that they're so small and compact. I guess everything's going to fuel-injection these days, but my heart still loves a simple 2-stroke and carb. Simple, compact, powerful as all hell... 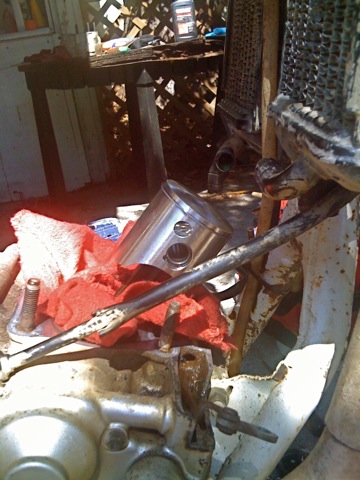 Here's the new piston installed. It's such a cute little guy. My kids weren't impressed with such a small, boring part taking up all of my day. Notice the rags - always plug up these holes so nothing falls down in the engine. You will hate life if something does! 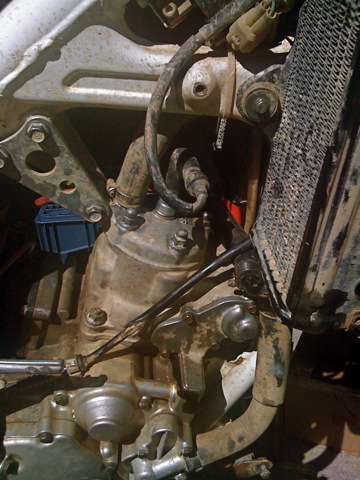 Here's the head all put back together. New spark plug, fresh antifreeze. 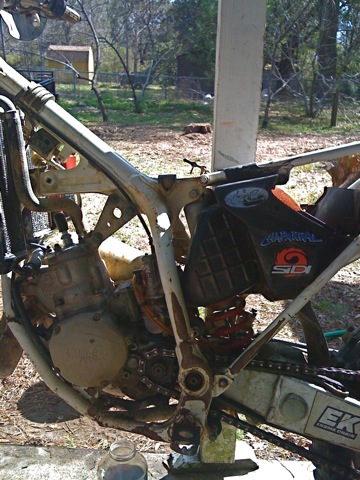 Carb and air box put back on, expansion chamber and muffler. Double-check all the hoses, clamps, etc. 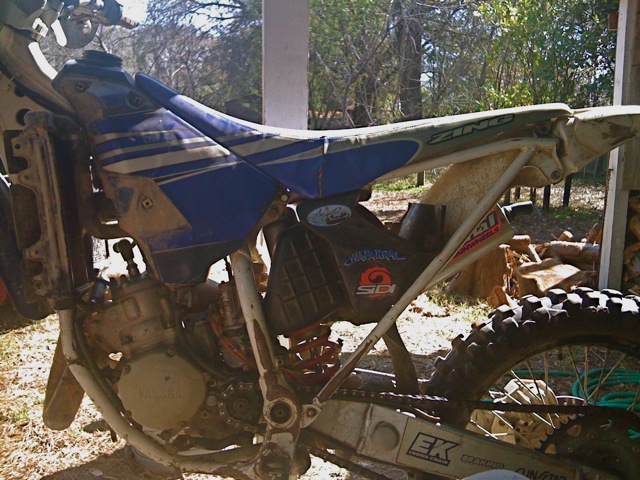 Gas tank on, seat, rear fender... Starting to look like a dirtbike again. 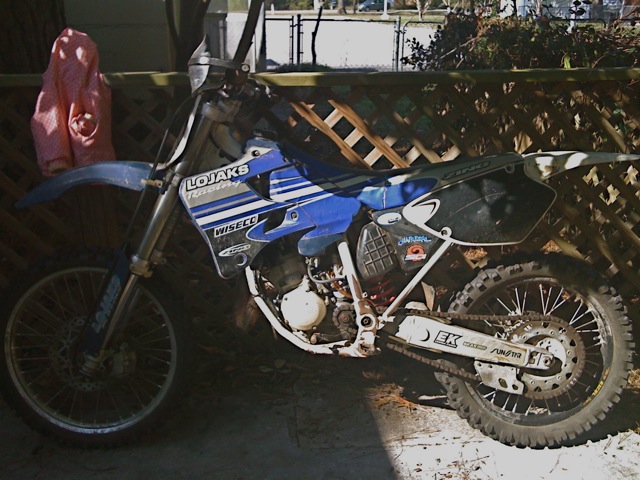 Aaanndd VIII-ola! Starts on the first kick, and sounds like a million bucks.

I usually use Spectro SX, but I had some Yamaha R2 handy, and only wanted to mix up a gallon, so I looked up some crap about ratios and mixing and came up with a nugget: